The market for search engines in Japan is a little bit different from what we are used to see in Northern Europe and in America. Despite the fact that Bing, Yahoo and a few other local search engines have some market share, Google are taking over more and more for each year that passes by. 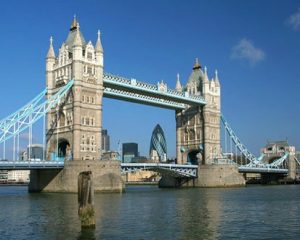 Google was founded in California, USA, in 1998 by the two Stanford University students Larry Page and Sergey Brin. The two computer engineering students had their goal set from day one: to gather all the information on the Internet in one single place. After struggling economically for the first couple of years, having taken many rounds of refinancing, the company turned around in the beginning of the new century and it has ever since kept developing and grown into several new fields.

When it comes to search engines Google is by far the biggest one in the world. Globally they have 72 % of the whole market, with Bing being in 2nd place with 10%. However, they have struggled to reach the same domination on two domestic markets; China and Japan, two massive countries where they have struggled to break through. Google have recently started to take a bigger and bigger share of the Japanese market.

Yahoo was founded a couple of years earlier than Google, in 1994 and was one of pioneering companies in the tech boom that hit USA and the rest of the World in the late 90s. Based out of Sunnyvale, California it is yet another Silicon Valley tech company.

Since losing market shares to Google in the 21st century, the company have diversified its portfolio and today they own well-known brands and companies such as Tumblr and Yelp. In Japan the company have been dominating search for nearly two decades, but recent developments have followed the world trend, where they keep losing ground to their main rivals Google.

In 2015, Google dominated search by having 57 % of the shares, in comparison to Yahoo that had 40 %. Other search engines such as Bing had a joint share of 3 %.

At Spidacom, we can help you to optimize your website in Japanese, both to look good for Google, for Yahoo and of course, for your customers. Contact us to find out more about how!