For those that have never had the pleasure of visiting Japan, they may not know what to expect when it comes to transport and accommodation. Two essential commodities for any visitor to a foreign country. Many are under the misconception that both are very difficult to deal with, when it comes to Japan, which could not be further from the truth.

There are some options for travelling around the country, such as public transport and car rental.

The thing to remember is to obtain one of these before leaving home. They are easily purchased online. If you are only going to be visiting one city within the country, then an investment in a JRP will not be worth it.

As with any large metropolitan area rush hour can be extremely busy, so planning when to use the public system will be beneficial. Something of interest too is that on some of the train’s passenger cars there are women-only passenger hours restricted to women only during specific hours. 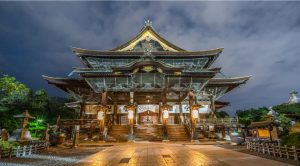 • A Ryokan: This is a traditional Japanese inn

Along with a few others. Prices can vary significantly, so it is a good idea to book accommodation before arriving.